By the modern-pterosaur expert Jonathan Whitcomb

Those cryptozoologists who have explored tropical islands in Papua New Guinea, in search of living pterosaurs, believe the ropen is a large long-tailed flying creature having no feathers. It’s not yet officially classified in Western science.

Many of these explorers are my American associates, with whom I have communicated extensively for a number years.

Where does the name ropen come from? Among the natives of Umboi Island, Papua New Guinea, for those who speak the Kovai village language, ropen refers to the large featherless flying creature of the night, but not the flying fox fruit bat (which is called byung). The ropen glows, setting itself apart from fruit bats. The bright glow is not constant, lasting for only a few seconds at a time, sometimes coming back on within a number of minutes or so. It often flies out to the reefs that surround Umboi Island.

Yet many sighting reports include a description of a structure at the end of a long tail, and this does suggest a Rhamphorhynchoid tail flange. In fact, this description detail is so common that it leads me to believe the following: A majority of sighting reports, at least, in which such a tail-end structure is not reported but in which a long tail is reported—those come from encounters with ropens that do indeed have tail vanes, even though the persons encountering the creatures noticed other details instead (such concentrating on a head crest). One example is the eyewitness Duane Hodgkinson in 1944 in New Guinea.

From the point of view of an average paleontologist, I would not be considered a pterosaur expert, for that fossil-specialist would think only in terms of paleontology. My associates and I, however, are cryptozoologists, and we have searched for living creatures. We have a variety of educational backgrounds, with various degrees of knowledge of pterosaurs.

My specialty is analyzing the sighting reports of eyewitnesses, worldwide, although I did lead a brief expedition on Umboi Island in 2004, searching for ropens. (In other words, not all of my 10,000+ hours in this investigation were spent in front of my computer, communicating with eyewitnesses by emails and writing nonfiction books on sightings of modern pterosaurs.) I am a forensic videographer in that I videotape persons and places for attorneys to use in legal cases, although I am less active in that field in recent years, having devoted much of my time to this investigation.

I failed to see the nocturnal bioluminescent flying creature during my expedition in Papua New Guinea in 2004, although I was able to interview and videotape a number of important eyewitnesses of the ropen. 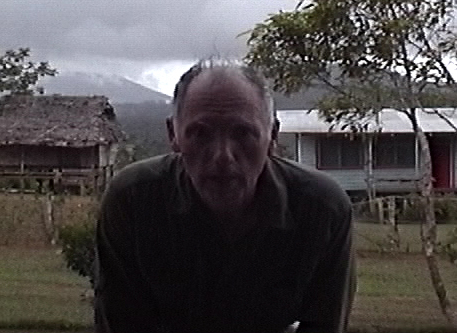 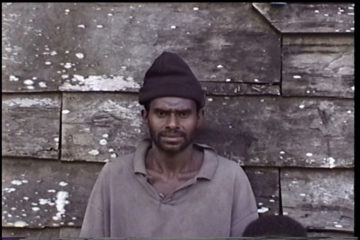 After my expedition in 2004, I received many sighting reports from around the world. For the moment, let’s consider only Papua New Guinea.

The British biologist Evelyn Chessman went on a number of expeditions in the southwest Pacific in the early-to-mid 20th century. On the mainland of New Guinea she observed a number of flying lights that she could not explain. We believe she saw a group of flying creatures related to the ropen of Umboi Island, perhaps even the same species. She did not see any form or features but only distant lights, yet a number of related sightings by a number of Westerners, and a number of native accounts, combine to indicate that Miss Chessman saw the glow of long-tailed bioluminescent pterosaurs in New Guinea.

I have interviewed many eyewitnesses of large long-tailed flying creatures in the southwest Pacific, including sightings in Papua New Guinea and Australia. We can divide them into three types:

Notice how type #3 can relate to the first two. The first can very well relate to the other two types of sightings, depending of the details observed in sightings of flying lights.

Rarity of Modern Ropens and Pterosaur Extinction in General

My investigation, which began in 2003, has led me to believe that the vast majority of pterosaur species that are known from fossils are indeed extinct. I’m not saying that only one species has survived into the present, not at all. But the eyewitness evidence points to a narrow range of head-crest shapes: pointed cone-like structures that are a far cry from the many sizes and shapes of head crests known from pterosaur fossils in general.

That brings us to another point that can make some paleontologists uncomfortable. Not all sightings of modern pterosaurs suggest something like a Rhamphorhynchoid type, although the long-tailed ones outnumber those that suggest Pterodactyloid kinds. Yes, shocking as it may be, modern “basal” pterosaurs appear to outnumber those that seem to be Pterodactyloid types, and the ration may be more than 4-to-1, perhaps even as great as 20-to-1. Why is that shocking? Many paleontologists have believed that the “basal” pterosaurs became extinct before the Pterodactyloid ones. In other words, if any species, or numbers of species, of pterosaurs survived extinction, a dominance of “basal” pterosaurs, in our modern world, would be completely unexpected. Yet that shocking dominance of ropens over non-ropen pterosaurs is what we actually find, according to a wide range of eyewitness testimonies from persons of a wide range of cultures, languages, customs, religions, and geographic locations.

Ropen in the United States

Gitmo Pterosaur Or Ropen Of Cuba [sighting in 1965]

Ropen Article (on Phantoms and Monsters)

I have admired Jonathan Whitcomb’s Ropen / Pterosaur research for many years. I have posted a few of Jonathan’s offerings from recent years, which includes an article he wrote for Phantoms & Monsters . . . Ohio . . . California . . . Georgia