Chess Clubs in Utah and Arizona

Let’s look at chess clubs in some of the public schools in Utah and Arizona. This is not meant to be anything close to a complete listing of school chess clubs in these two states, just a brief sampling.

Many children from this school did very well in the *2016 Utah Elementary tournament, which was held on a Saturday in March, at the University of Utah. In fact, Spencer Wilson (kindergarten) won second place, as did Tyson Tanner in the first-grade division.

Students in this school chess club did very well in the 2016 Utah Elementary Championship. Ben Watanabe tied for first place in the fifth-grade division. Chloe Parke won first place among fourth-graders, with five wins and one draw. Ethan McCulloch had 4.5 points in the six rounds of the third-grade section, as did Jaden Tu. Chendi Luo tied for second among fourth graders, only half a point behind the champion. And many other Hawthorne Elementary School children did well in this chess tournament at the University of Utah in Salt Lake City. 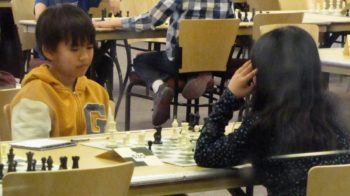 Two things in this chess club may deserve imitation from other schools:

Photos of chess-club members are easy to find, but it can be challenging to find detailed information through an online search.

Perhaps most notable here is the official web page (click on above), which has links to chessgames.com, games from the mid-1800’s up until recent years.

One of the highest ratings in a school review included this:

The extra curricular offerings are awesome with chess club, track, and science club being a few of the electives.

One reviewer said the following about Lineweaver:

It offers choir, Student Council, a chess club, sports (track and field and cross-country), an “honors recorder” program, and much, much more.

Of course many schools have their own chess clubs, but we now look at others, beginning with chess clubs in Utah, starting in the south. Some of these organizations offer chess lessons or contact information for instruction in the royal game.

Here’s the UCER (Utah Chess Estimated Rating) listing for the end of 2016 . . . [20 senior citizens in the Salt Lake Valley]

I’m Jonathan Whitcomb, of Murray, Utah, author of the book Beat That Kid in Chess, and I’m now offering my services as a chess coach in the Salt Lake Valley. [only $25 per one-hour lesson in the SLV]